KALIN JONES
About:
Kalin Jonathan Jones (born October 15, 1995) is an American rapper, songwriter, record producer, public speaker, and minister. He is noticed by many as a fun, and engaging, and relatable influencer. Aside from his solo career, he is also a husband to Shanell McCoy Jones, father to Journey Love Jones, son of Betty and Elwood Jones of Urban Street Level, and grandson of Queen Sugar's Henry G. Sanders.

Raised in Prince Georges County, Maryland, Jones grew up in a family that traveled the nation ministering through music with the likes of Kirk Franklin, Fred Hammond, David Crowder, and many more. As well as locally working to serve at risk teens in the community through church and parachurch ministries. Jones embarked on his musical and speaking career as a young adult, releasing a mixtape titled Corrupted Details that garnered local attention and led to collaborations with youth camps, churches, and local nonprofits. He began to focus on his preaching and ministry 2014, and found himself going 3 years without producing any music that left his local supporters eager to hear more.

During the pandemic, Jones released his first album Back To Business which surfaced a partnership with Christian Hip Hop's Rapzilla and artist F'rael where their record hit over 150,000 streams to date. Jones began to develop relationships and friendships with people in the CHH industry, as he prepares for his next release titled 'Freedom'.

Book him for your next youth event to speak and/or perform the collection of music off his ‘albums 'Back To Business' and 'Freedom'! at KalinJonesMinistries@gmail.com 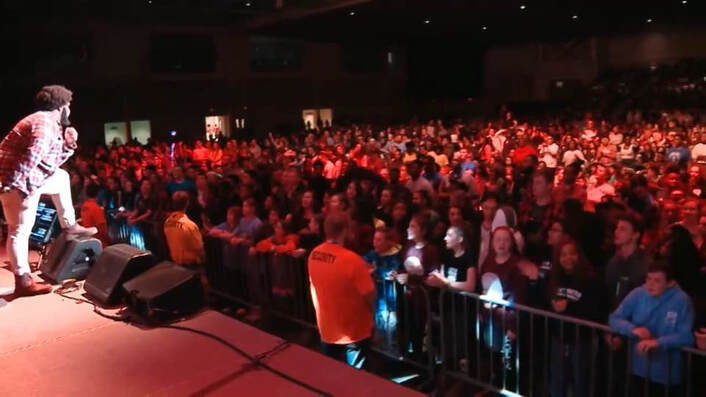